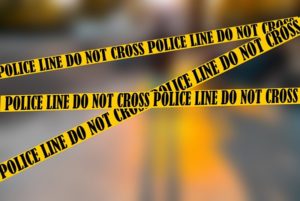 I cried this morning. After saying my morning prayer and thanking God for waking me, I cried for people who won’t see the new day.

I cried for George Floyd, the most recent poster man for police abuse. I cried for Sandra Bland and Philando Castile. I wept for all of the people listed below whose lives resulted in unnecessary and senseless deaths at the hands of rogue law enforcement officers, and as in the case of Trayvon Martin, wanna-be-cops.

I no longer watch the video showing a policeman with his knee, pressing George Floyd’s neck to the ground, applying his full body weight, squeezing the life out of the helpless man lying prone with his hands cuffed behind his back. Once was enough. I am tired of seeing videos of black people, particularly black men being murdered by the boys in blue, who, without courage fueled by a badge and gun, might otherwise be quivering cowards.

All seasons are open season on black people. Some cops – and I emphasize some because not all of them are bad – appear to take pleasure in using lethal force and lethal weapons against unarmed black men. You need a license to hunt animals, but black men are fair game. Shoot them. Stun them to death with a taser. Hang them in a jail cell or suffocate them on the street. Hands up, hands down, hands cuffed behind their backs, it doesn’t matter to corrupt officers. They spot their prey and slay it.

The unmerciful killing of black people is happening in cities across the country. Will it ever stop? Amerikkk have you no conscience?

On May 24, The New York Times ran a list of people who succumbed to COVID-19. How about we start compiling and publishing lists of the black people who have been murdered by law enforcement officers or hate monger racists like those who killed Emmett Till, Medgar Evers, and Dr. Martin Luther King, Jr?

In these contemporary times, high-profile police brutality cases draw public attention and protests. Still, I suspect that numerous cases are so well covered-up that the public never learns about them.

If you have a relative or friend who you haven’t seen or heard from for a while, do not, I repeat, do not call the police and ask them to do a wellness check. Last year, a neighbor of Fort Worth, Texas resident Atatiana Jefferson, after noticing her door ajar, called the police and asked them to look in on Atatiana. According to reports, a responding officer saw a movement through the window of Atatiana’s home and fired. She was shot dead — in her own home. In September 2018, Botham Jean was murdered by a Dallas policewoman in his home. She claims she thought it was her apartment. In February 1999, Amadou Diallo was mowed down by four plain-clothed police officers. They blasted him with 41 shots as he was preparing to enter his apartment building. They claim to have mistaken him for a rape suspect, a claim that was never confirmed by any evidence.

When I began researching this subject, I was determined to find and list enough related cases to produce a list at least half as long as the corona list published in The New York Times. A list of black citizens who have been haphazardly murdered for decades would surely fill up several issues of the paper. In that regard, Coronavirus ain’t got nothing on us.

While researching the subject, I read so many stories about people who unjustly suffered death by cop until I couldn’t read anymore. Every story tugged at my heartstrings. My emotions were too raw for me to complete the task. In some cases, the officers were charged and convicted, but many times, they were not criminally charged. I read the line “No officers have been charged with a crime,” so often, I thought I’d vomit. Many rogue cops get off Scot-free to live to kill another day. During a recent newscast, I heard a man say, “Being black in America should not be a death sentence.” Oh, but unfortunately, it is.

If you aren’t familiar with some of the names in the list below, Google them. Read their stories, pray for their soul, and say their name. 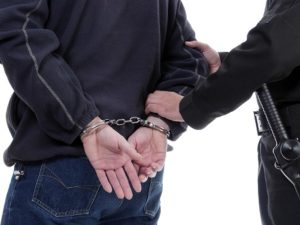 “Nothing like that ever happens in this neighborhood.” How often do we hear someone being interviewed during a TV news segment say that?  The thoughtless statement always makes me shake my head in dismay. Don’t folks know that there is a first time for everything?

I’ve lived in the same neighborhood for 43 years. (Obviously, I like the place.) During that time, I have never seen so much as a fistfight in our complex, not even among the children when they were growing up here. (Correction, I do recall one fight among two sisters.) Overall, ours has been a sedate place, where neighbors feel like family and look out for each other. The milieu changed yesterday.

It was around 10:15 a.m. I was doing what I normally do, sitting at my computer, zoned-out in my literary domain, composing essays that I hope would bring me extra bucks like they sometimes do. Suddenly, a deep male voice yells “Get your hands up!” And I nearly fall off my chair.

I had been so focused on what I was writing that the first time I heard the order I thought it was coming from the TV since the set was turned on. But the volume was low. Had the volume suddenly jumped up? I wondered. That thought got nixed when I looked over my shoulder at the screen to see an animated bear shaking its rear and singing about a clean hinny. Then, I heard the booming voice again. Shouting twice. “Get your hands up! I won’t say it again.”

In temporary bewilderment, I almost raised my hands, until it dawned on me that I was home alone, and my door was chain locked. That’s when my frayed nerves relaxed, and I realized that the voice was coming from outside my window. I got up from my chair and looked through the Venetian blinds. What appeared to be a platoon of police officers was standing strategically all over the yard and on the sidewalk outside the gate that surrounds our complex.

I backed away from the window, turned, and hurried downstairs. I opened the door, a few inches at first, in case shooting started, forcing me to retreat inside. After a few seconds, I summoned the courage and went outside on the porch. Some of my neighbors also began coming out. Cops were everywhere. Some of them guardedly glanced at us.

A young man who looked to be Hispanic and was wearing all black, including a black hoodie that partially covered his head was pinned face down on the ground beneath my window. One officer was handcuffing him while others stood vigilantly nearby. A second Hispanic man similarly attired, was being led through the courtyard. He, too, was handcuffed and flanked by a trio of officers. Both men appeared to be in their late teens or early twenties.

The commotion of what could have been filming for an episode of Cops was over in about 10 minutes, although some officers stayed around for at least an hour searching the grounds. During that time, a truck with “Investigation Unit” printed on its side arrived on the scene. I never found out what the two suspected lawbreakers did that led the cops to chase them onto our property, but I later learned from one of my neighbors that the cops found a gun near the trash bin. One of the two fugitives had accidentally dropped or purposely ditched the weapon after jumping the fence during the chase.

Yesterday’s event was the most attention-grabbing incident to occur in our neighborhood since one afternoon, in 1988, when a homeless advocate affiliated with Mitch Snyder’s CCNV climbed the 761-foot transmission tower (that is higher than the Washington monument) and hung a banner from it that read, “Housing Now.” We stood outside for a few hours, until sundown, as did police until the tower climber was eventually persuaded to climb down. He was promptly arrested.

Unfortunately, the state of this world provides no safe haven. Whether you live in a gated suburban community or an upscale urban neighborhood, you should never say never. Due to factors over which we have no control, none of us can predict what will happen from one minute to the next.