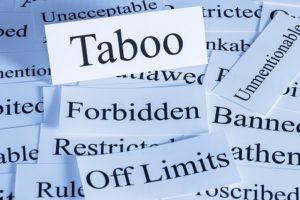 Every cognizant person will agree that we are never too old to learn. Learning is even better when you enjoy it, and I do. I take pride in acquiring knowledge about new things. There are various ways to learn. Firsthand experience is often an excellent teacher. On the other hand, there is knowledge to be gained from articles, books, and films. Documentary films are high on my list of educational tools.

Some of the numerous documentaries I’ve watched over the years and recently include Time: The Kalief Browder Story, Jane Fonda in Five Acts, I Am Not Your Negro, Say Her Name: The Life and Death of Sandra Bland, Surviving R. Kelly, and The Two Killings of Sam Cooke.

While I prefer films about the Black experience, I don’t limit my viewing to presentations about a particular racial group or subject. Open-mindedness not only helps me to maintain a well-rounded base of knowledge; it expands my critical thinking and prevents me from stating baseless opinions and making irrational judgments.

Most recently I watched the documentary Period. End of Sentence. My first thought as I began viewing the film was that we take so much for granted in this country. You’ll learn why I thought that as you continue reading.

Period. End of Sentence is a 26-minute film that won an Oscar last month for Best Documentary Short Subject. It is about the stigma surrounding menstruation in a rural village called Kathikhera, outside Delhi, India.

I was surprised to learn of the level of naivety of the Indian women (and men) concerning a subject that rarely raises eyebrows in America. In the Delhi town (and some other resource-poor countries including parts of Africa and Southeast Asia) the subject of menstruation is rarely discussed among women and certainly not with men.

As one man in the film is heard saying, “Menstruation is the biggest taboo in my country.” Women on their period are believed to be unclean. Less than 10 percent of women use sanitary pads and lack knowledge about menstrual hygiene.

Few schools have adequate facilities to allow girls to perform proper hygiene during that time month, so there is an increase in school absenteeism and a high dropout rate among young girls. Like other menstruating females, school girls use old cotton clothing or whatever cloth they have on hand when they are on their period.

In one scene in the film, a man operating a crude machine developed to produce sanitary pads instructs his female employees on how to use the machine. When finished, the pads are boxed and then sold to shops in the village where merchants are willing to buy them (not all merchants do, because of the societal taboo). Women from the shop that manufacturers the pads also go door-to-door trying to sell boxes of pads, but some women upon learning what they are for refuse them. Some also questioned the safety of using the pads that are self-sticking to underwear.

The attempts to educate women about menstruation and the use of pads, instead of pieces of cloth that are washed and reused or discarded, are often rejected by women who are embarrassed to buy the pads or discuss the issue when men are around. Even more mindboggling is one apparently middle-aged man who, when told what the pads were for, said that he thought the women in the shop were making diapers for infants.

Perhaps you see now why I say that documentaries are high on my list of educational tools. The next time you decide to watch a documentary check out Period. End of Sentence.

The taboo surrounding menstruation which is still prevalent in some countries prompted the World Bank to create the following video on the subject. 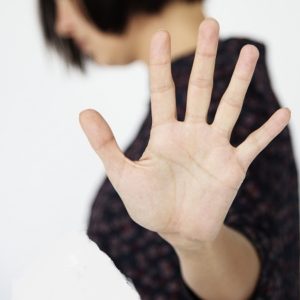 I was one of an estimated 500,000 participants in the Women’s March that took place in Washington, DC on January 17th. Sister marches occurred in cities across the country and around the world. Women of every culture and ethnic group participated. Sisterhood was evident. The mood was intoxicating. There were some men there supporting us, too. But this isn’t about the men. It’s about us. Women.

In addition to appearing to enjoy the camaraderie, every woman who I encountered was polite and pleasant, even when we were so crushed together that we were stepping on each other’s toes. I’m not a novice to rallies and marches, but I’ve been riding the natural high of the Women’s March ever since that day. Then, recently as I was chatting with a male friend of mine, he burst my bubble by stating what I already knew.

He did not bite his tongue when he said that the irony of the situation is that some of those same women were “Perpetrating. Hypocrites and haters.” They were showing solidarity with their “sisters” but would soon be back at work or going about their everyday activities, and then the claws will come out. “They will be bad-mouthing, mean-eyeing, back-stabbing and hating on” other women. Ouch! Women know that this stuff goes on, but you feel so transparent when hit with the naked truth by a man. So as much as I wanted to disagree with him, I didn’t.

Do you wonder what makes women so cunningly (or sometimes obviously) envious and hateful toward other women? I don’t know a woman who hasn’t either been the object of clawing or has shown her own claws. It is not improbable that many women wearing those pink kitty caps during the march had their claws concealed within mittens and gloves on that chilly day.

We’ve all seen it or we’ve been IT. If an insecure woman perceives that another woman is smarter, prettier, or more popular than she, it triggers her ire and the claws come out. If she is not only an insecure but also a manipulative and controlling woman, she will do whatever she can to diminish or destroy the woman who she perceives to be her competition, her imaginary enemy. You would think that this is something you see only among immature school girls; but many grown women act just as childish.

When will women realize that your self-worth cannot be measured by someone else’s?  But your empowerment can come from being supportive of like-minded women. Face it; there will always be another woman who is prettier, smarter and depending on your personality – she may even be more likable than you.

The instinct of many of my self-confident friends and my nature is to be helpful to other women; not only in the workplace but everyday situations.

Some women refused to vote for Hillary Clinton for no other reason except that she was a woman. Oh, they made up flimsy excuses like, “You know those emails.” Or “How could she stand by her man considering ….” Truth be told some women refused to vote for Hillary simply because they envied her. Hillary had the chutzpah to get into the campaign trenches. She had the audacity to do something that – given the opportunity – some women wouldn’t or couldn’t garner the nerve to do. Women need to be supportive of each other. To do otherwise is irrational.

Author Nkem Ikeke wrote, “A lady walks into a room, and some other ladies in the room start to hate for no reason…Unlike men, women will often dislike another woman for no logical reason at all.”

Will the day ever come when women stop seeing other women as their competition? Perhaps the Women’s March was a beginning.