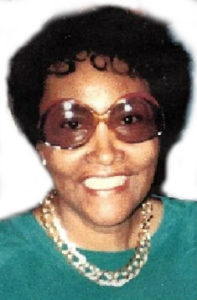 Had my mother lived she would have turned 91 years old on her forthcoming birthday, October 22nd. Instead, she slipped into eternity early on a warm summer morning four years ago.

I’ve seen where many people wish Happy Birthday, Happy Anniversary or post other heartfelt greetings to their deceased loved ones on social media; and if that works for them, that’s fine. But I can’t help but wonder – why?

When my mother’s birthday arrives in three weeks, I won’t wish her Happy Birthday on Facebook nor will I post it in any other public place. Because if the Bible is to be believed – that the dead know nothing (Ecclesiastes 9:5) – then mother won’t know that I wish her a Happy Birthday anyway. And as much as she expressed her disdain for social media when she was alive – by the off-chance that there is Facebook in the hereafter, she surely would have nothing to do with it.

My mother’s chosen religion forbids their members from acknowledging birthdays and other so-called pagan holidays; so when she was alive wishing her happiness on such an occasion often led to a repetitive interchange between us.

Mother would say, “You know I don’t celebrate (whatever the holiday in question).” And I would protest, “But I do.”  The conversation usually ended there, until the next time. Yet, to my pleasure, she never refused to accept the cards or gifts that I gave her on those days. And she always (perhaps begrudgingly, although she didn’t show it) acknowledged the gesture with a polite, “Thank you.”

I regretted the fact that mother would not allow me to take her out to dinner, to a stage play, or someplace special on her birthday, but it bothered me more on Mother’s Day. Even before I became a mother, I relished Mother’s Day and considered the day to be a special occasion for honoring and showing reverence to all mothers and especially good mothers like mine.

Since my siblings and I were adults when mother decided to convert her faith, I have wonderful memories to cherish of earlier times of family get-togethers at my parent’s home on holidays like the Fourth of July (Can you say crab fest?), Thanksgiving, and Christmas. And for a few years, even after my siblings and I married and had families of our own, we’d all bring our kids to the grandparents home on festive occasions. Unfortunately, those happy get-togethers dwindled and eventually stopped; too soon.

In three weeks when mother’s birthday arrives, I won’t publicize it on social media. I will acknowledge it privately. And before the day is over, I know I will smile with tear-filled eyes as I remember a recurring dialog that she and I shared many times in the years before she died.

“You know I don’t celebrate birthdays.” 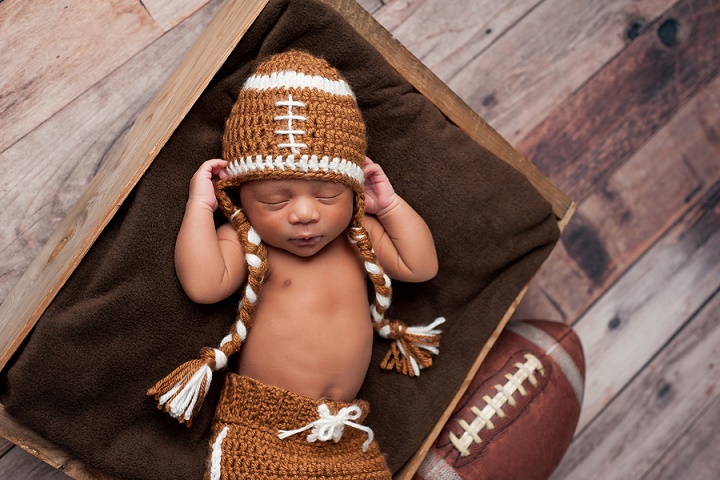 Until recently, it had been some time since I held a newborn child. My now two grown children blessed me with six grandchildren. As a result of the good fortune of those accumulative births, I have fed, changed, bathed, and bounced on my lap a fair share of babies. But recently when I went to visit the child born to my first cousin’s daughter and son-in-law, I was a little nervous about holding the infant.

Let me take a moment to explain my kinship to the new infant. My first cousin, Lori’s, daughter had a beautiful baby boy. Lori’s daughter is my first cousin once removed. The child born to Lori’s daughter and her husband is my first cousin twice removed. Contrary to what I used to think (and what some people still do), that newborn is not my second or third cousin. Such family structure would be too easily understood. Instead, there is – in my opinion – an illogical and confusing design of the genealogical tree that determines the status of cousins and other extended family members. So, to simplify the relationship of the newest infant in our family to me, I will henceforth refer to him as my distant, baby cousin. That clarified, let’s get back to the point.

END_OF_DOCUMENT_TOKEN_TO_BE_REPLACED 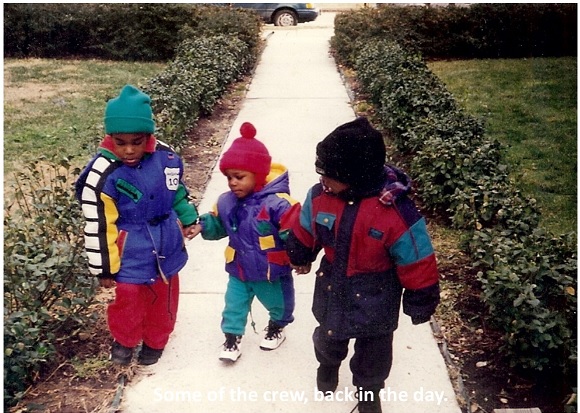 I love my grandchildren. The whole crew of them.  Children are a blessing and grandchildren are the bonus prize.  My grandchildren provide me a second chance for nurturing, loving, and doing things with or for them that I was unable to do for my children when they were young.

Grandma. I smile at the sound of the word and all that it signifies. While some of my friends enjoy the status, they don’t like to be called grandma. They think the word is outdated. They say it makes them feel old. If that’s the case, consider this:  A grandma by any other name is still . . . you know where I’m going with that, don’t you?

I proudly answer the call, “Grandma.” I don’t prefer a nickname like nana, ne-ma, madea, or big mama. On second thought, there is one nickname that I enjoy. My twin grandsons when they were just beginning to talk had trouble saying grandma, so they started calling me gee-gee. I liked that handle – still do – and I encouraged all of my grands to use it as they grew up, but alas they dropped it, except for my eldest grandson. He still occasionally calls me grandma gee-gee. It makes my day.

Grandmothering gives me the opportunity to do things for my grands that I was unable to do for my children. The unexpected transition from wife and mother to divorcee and then single parent, left me struggling to raise two small children on my meager salary and sole income. Although I occasionally made the sacrifice, I could not always afford to take days off from my job to go see my children perform in school programs, or accompany them on class field trips. Sometimes I was too tired after work to even attend PTA meetings.

We three lived in a bare boned, paycheck-to-paycheck existence, but thank God and my parents I was determined never to resort to welfare and I never did. For a while I had both my three year old son and his 24 month-old sister enrolled in a church run daycare center while I worked. When they entered Kindergarten and pre-K and began advancing through grade school, my mother took care of them.  As they grew older, I would set out cereal, pop tarts, or other easy to fix breakfast foods for them before rushing off to my job; leaving them on their own to get dressed and off to school, lock up the apartment, and let themselves back in after school, with standing instructions to “Call me when you get home.”  My children were latch-key children long before the term became popular.

Sometimes on paydays we would have McDonalds’ meals for dinner or go to a movie on Saturday. Those were infrequent indulgences pinched out of money that for child support purposes I was required to list under disposable income when I filed for divorce. Disposable income – are you kidding me?

Anyway, all of that is behind me now. My children have children and whether it is unconditional love that propels me or a tinge of guilt over what I was unable to do for my own youngsters, regardless, I go overboard with my grands. When they were just little rascals I made sure they had nice clothes, plenty of toys, the hobby horse, roller skates, Big Wheels and bicycles, whatever was age appropriate.  And more so than the material things grandma gave and continues to give them plenty of love, kisses, hugs, and unsolicited advice.

Sure I spoiled them, but they are grateful and they show it. They have never asked me for anything, not the four of the six who have recently become young adults nor the two mid-teens, because they know they don’t have to. I have grandma-ESP. When I anticipate a need or a desire, if I can I fulfill it – it’s done. My reward is seeing them make me and their parents proud – as they do.

The preceding page is from my forthcoming book, A Whistling Tea Kettle and Other Sounds of Life. If you would like to be notified when the book is available, please provide your email address by clicking this button