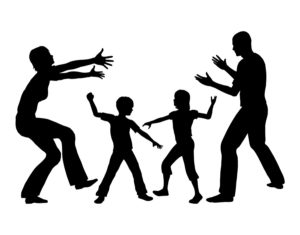 “Death brings out the best and the worst in families.”

“Mom always liked you best” was the signature line that Tommy Smothers hurled at his brother, Dick, during The Smothers Brothers Comedy Hour that aired in the late 1960s. The brothers told interviewers that their on-stage rivalry was simply part of the comedy act. But it is no joke that numerous siblings everywhere feel that they are the least favored child in their family. Some reports reveal that sibling rivalry is more common among children who are the same gender and close together in age. It doesn’t matter who your brother or sister is, sibling rivalry knows no boundaries; not social class, economic status, race/ethnicity, or culture.

Loving parents want to see affection between their children. If a mother recognizes that there is ill will between them, she will often intervene to try and mend the bridge. Unfortunately, after the mother dies, the rivalry among siblings that began in childhood, could continue through adolescence and extend into old age. It is not uncommon to find adults who have severed contact with their sibling, but that is a secret that many people don’t like admitting. Some of us know people in that situation. Some of us may be among them.

Siblings are a coincidence of birth; kinship aside, brothers and sisters are no different from unrelated people with whom we interact throughout life. Some are loving, generous, and kind-hearted; others are selfish, mean-spirited, and devious. A love/hate relationship among siblings is not usual.

When parents have more than one child, many wish for the siblings to be friends forever and to love each other throughout their lives. Unfortunately, when the parent dies, the family dynamics sometimes change. Secrets, resentment, and even lifestyles may lead siblings to withdraw from each other.

Author Christine Ro writes that “violations of what mothers saw as their personal values make estrangement even more likely….”

Several years ago, a lifelong friend of mine told me that she had not spoken with her brother for over 30 years. Then, one day, she encountered him as she was walking along the street on her way to the store. They chatted briefly. She said it became clear to her that there was no longer any connection between them. It was as though they were strangers. Each went their separate way, and one day a year after that chance meeting, a mutual friend told her that her brother had died. She said she felt no emotion and did not attend the funeral. At the time, I could not understand how siblings could so easily detach from each other, but time has a way of educating us to things that we previously did not comprehend.

The complexity of sibling interaction that could ultimately lead to estrangement is not limited to full brothers and sisters. Half-siblings and step-siblings also have their issues.

Encyclopedia.com says this about that. “Stepsiblings have no shared family “history” that helps to develop common habits, values, customs, and expectations; and changes in family size, place in the family, status, and role expectations may precipitate strong emotional reactions in children.”

There comes a time when estranged siblings must decide whether to make an effort to reconstruct a weak link or make a clean break. For some, the decision is complicated. For others not so much. Bad feelings caused by misunderstanding, anger, and old resentments does nothing to restore the bond. Reuniting requires a conscious effort by both siblings.

Lipstick Alley reveals some shocking information about celebrities who are – or in some cases were, during their lifetime – estranged from their siblings:  Olivia de Havilland and Joan Fontaine; Dorothy Dandridge and Vivian Dandridge; Halle Berry and Heidi Berry;  Mariah Carey and Allison Carey; and Oprah and a number of her siblings and half-siblings.