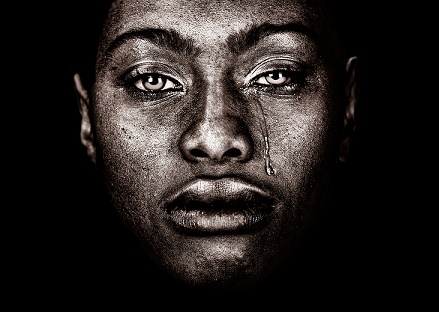 Call me a crybaby. I accept that. I’ve been turning on the waterworks since childhood. Don’t misunderstand. I’m not talking about infancy when all babies communicate that they are hungry, need changing or are otherwise discontent over something. I was a grade-schooler when – get ready – I turned on the waterworks over a television program.

Depending on the circumstance, I’ve been comforted, teased, or criticized for shedding tears. When I weep over a devastating event or at a funeral, there are usually others commiserating with me, so unless I become hysterical (I only lost it once), my tears don’t raise eyebrows. On the other hand, witnessing someone else’s joyous moment, like a wedding or a long-awaited reunion, could make me grab a Kleenex and wipe happy tears. Feelings of extreme anger or deep stress might produce a small waterfall. A tearjerker movie could cause a Tsunami. I am an equal opportunity crier.

I’ve discovered that a lot of people are uncomfortable around crybabies. I first realized this when I was around ten years old. I remember it like it was yesterday. I am sitting alone in the living room watching an adventure film. Everything is fine until the handsome male lead is captured and blinded by the bad guys. As the villains continue torturing the protagonist with a hot branding iron, my dad walks into the room and sees me frowning at the screen with tears streaming down my face. Immediately concerned he asked, “What’s wrong with you?”

Fighting to close the floodgates, I turn my watery eyes toward dad and whimper, “They are killing him.”

Perhaps not knowing how to handle the situation caused dad discomfort, because he rolled his eyes toward the ceiling and left the room shaking his head side-to-side and grumbling. “Crying over a stupid TV show. Don’t make no sense.”

That was the initiation that should have taught me early in life that it isn’t good to publicly display emotion, especially not to show tears. But I never learned that lesson. Even though I am now older than time, I am still a crier. Just the other day, I saw a happy father-son reunion on a TV talk show. The two men hugged. I wept.

I can never recall seeing my father or mother cry over anything, but I am sure that somewhere in my family lineage is a strong yet sensitive crybaby gene and I inherited it.

I don’t feel alone, in my weepiness. I’ve seen plenty of other crybabies out there, and they are not ashamed to show it. Some of them are politicians. TV cameras showed former House Speaker John Boehner crying in public. Hillary Clinton was ridiculed for doing it. Even President Barack Obama revealed his inner crybaby.

Can you believe that there have been studies done on why we cry? An article in Psychology Today, explains it this way. “Whether from frustration and suffering or overwhelming joy from receiving good news, emotional crying may be a reflexive response to the uncontrollable world around us.”

Offering addition support for a good cry, award-winning novelist, Paulo Coelho, explains that for creative artists whether they are painters, writers or in some other profession “Your greatest life struggles have a way of ending up in your art … I cry very easily. It can be a movie, a phone conversation, a sunset – tears are words waiting to be written.”

Umm, perhaps it was not by chance that I became a writer. Maybe it was predestination. I am so happy to learn that there are others who understand the life of a crybaby, I could cry.

Posted in General, Lifestyle and Culture, The Way I See It

When Lurkers are Lurking

in “Lifestyle and Culture, Social Media, The Way I See It”
Next Post

in “Lifestyle and Culture, Opinion, The Way I See It”