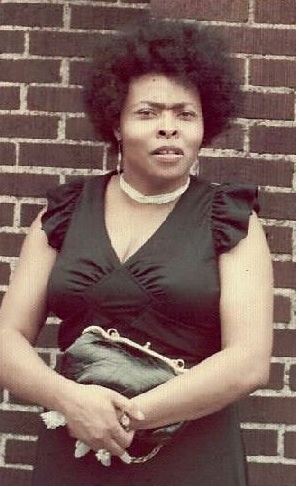 I’ve always thought it strange that folks write letters to their deceased loved ones, or post birthday and anniversary wishes to them on social websites. Because if we believe in The Word, the Bible says that the dead know nothing. And if that’s the case, then attempting to communicate with those who’ve crossed to the other side is silliness. Or is it?

Sigmund Freud believed, and some contemporary psychiatrists agree that writing is therapeutic – even writing to the dead. When we can share things that have happened in our life, tell our deceased loved ones things that we wish we could say to them, or just tell them how much we miss them it helps us feel better emotionally. Be it a lover, close relative or friend, writing helps us build a spiritual connection with that lost someone.

END_OF_DOCUMENT_TOKEN_TO_BE_REPLACED 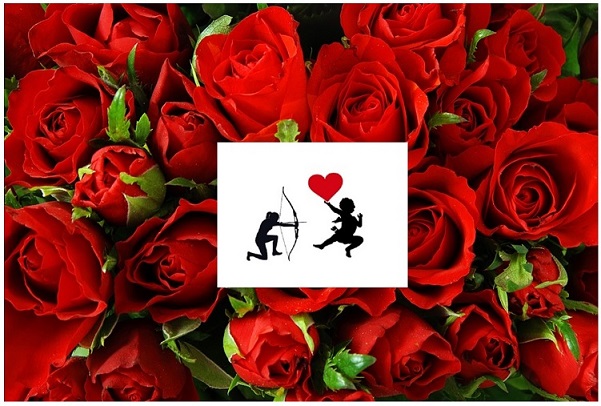 Valentine’s Day is on the way out. I can see it coming. I think it’s a matter of time before PC advocates and Valentine’s Day haters put a lead-tipped arrow through cupid’s heart. (Someone please call 911 and resuscitate.)

My informal and impartial study (and the haters hotline) reveal that a lot of people – mostly single women who are not in a relationship and unhappily married ones – dislike Valentine’s Day. V-D is tough on some women. I get it. I’ve been there. During my lifetime, I’ve had my share of forgettable Valentine’s Days. Nevertheless, I still enjoy seeing the lover’s holiday celebrated and even if I disliked it I would not want it banished. Why destroy the joy for others?

Across the gender line, some men say they like Valentine’s Day as much as

END_OF_DOCUMENT_TOKEN_TO_BE_REPLACED 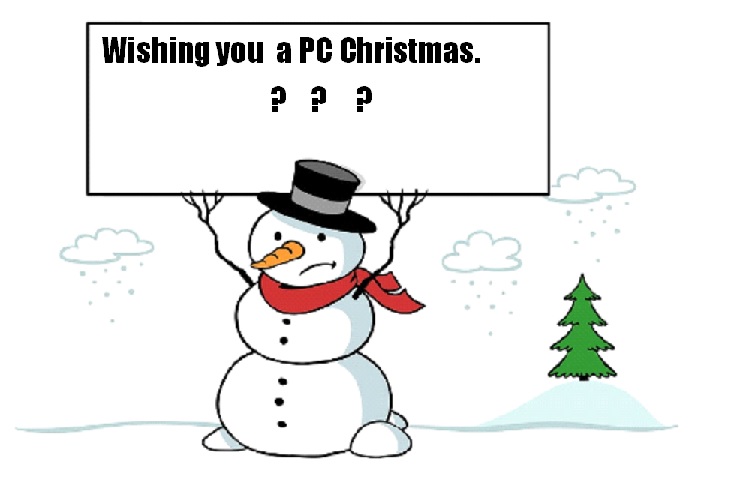 I don’t send Christmas Cards every year. Whether I do or don’t depends on how much holiday spirit I have. When I send cards, I often write a brief message inside.

One year, I bought a beautiful card for one of my aunts and wrote a personal note in it ending with “Wishing you a very Merry Xmas.” Days later, as she and I were discussing how commercialism and anti-religious factions are destroying the true meaning of Christmas, she seized the opportunity to tell me, “I don’t like it when people substitute Xmas for Christmas.”

Immediately picking up on her subtle message, I respectfully asked (I emphasize respectfully because no matter how old we get, anyone with good upbringing is going to be respectful to their elders) “What’s wrong with Xmas?” Her response revealed her frustration with the issue and was similar to what I frequently hear from people concerned about Christ being taken out of Christmas.”

It seems like only a decade or two ago when the Merry Christmas greeting was put in the crosshairs of the PC brigade. Suddenly, on television broadcasts, in newspapers and magazines, and face-to-face people were saying, “Happy Holidays” instead of “Merry Christmas.”

I understand that Happy Holidays is an inclusive greeting that is less offensive to some people including nonbelievers and freethinkers. Also, there are people who because of their religious or personal inclination prefer wishing others a “Happy Hanukkah” or “Happy Kwanza.” Believe me — I get it!

Nevertheless, as I see it, PC is not only sucking the Merry out of Christmas, it is wreaking havoc all year long — revising the language, influencing behavior, and troubling the thoughts of people who are struggling to adjust to the so-called new norm.

American culture has rapidly disintegrated into one where people constantly

END_OF_DOCUMENT_TOKEN_TO_BE_REPLACED 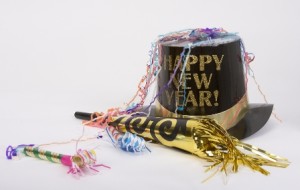 You mean it’s New Year’s Eve again?  So soon? Where did the time go? Where did the year go? I must be imagining that only minutes have passed since I switched off the TV at the conclusion of New Year’s Rockin’ Eve 2012, and then mislaid the remote somewhere between the top sheet and the Christmas colored comforter before killing the lamp on the nightstand.

I can see it now. It is early evening, and my husband and I are squashed among the throng of curb-to-curb people who are huddling in Times Square. Everyone is layered up, wrapped down, and shivering in the frigid, below 30 temperature. I’m guessing that many, like me, are earnestly wishing that the thermometer would rise as we wait for the ball to drop. Occasionally, hubby and I try to wiggle through the crowd, to move around, just to warm our feet. But the closer it gets to the witching hour, the more difficult it is to budge, so we root ourselves in a spot with a good vantage point. To kill time we make small talk with others around us. Everyone is in a festive mood.

And finally it happens. A large crystal ball begins slowly descending the pole from the roof of One Times Square. It illuminates the night sky. And the revelers begin enthusiastically counting down to midnight.

As the clock strikes 12 the celebration begins. People are joyfully shouting and singing. Blow-out horns and other noisemakers reverberate throughout the square and there is plenty of hugging and kissing among lovers — and probably some strangers, too. Rumor has it that kissing someone on the stroke of midnight on New Year’s Eve will strengthen the bonds of your relationship.  Don’t you believe it.

All things considered, New Years Eve in Times Square is an enchanted evening and the magic lingers on in your memory.

Wishing you all a very Happy New Year! 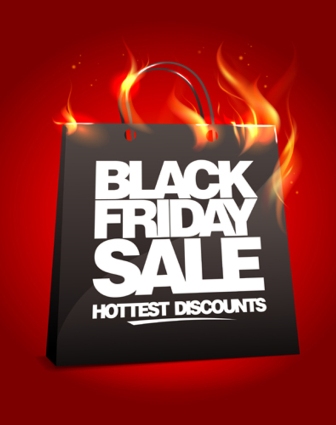 Bargains are the drawing card, and some stores in an effort to get a jump on Black Friday are upping the ante by opening early. Recent newscasts report that this year, for the first time, Macy’s will join other retailers and open its doors on the eve of Black Friday.

Black Friday is that problematic shopping day known for attracting aggressive crowds; reports of assaults, shootings, and throngs of people trampling each other in an attempt to get the best deal on a limited stock item. In 2008, a Walmart employee was trampled to death when overzealous Black Friday shoppers stampeded as he was opening the store’s doors. The rudeness and sheer madness of frenzied customers is just one reason why retail workers want to avoid working on holidays; missing the opportunity to enjoy those days with their family is another.

I am a boomer and I remember when I was growing up most stores were closed on holidays. On Thanksgiving, Christmas, and New Years Day, nearly every store in Washington, DC was locked up tighter than Fort Knox, and downtown merchants were not the only ones who did not open. Neighborhood grocery stores closed too.

If my dad forgot to buy something needed for the Thanksgiving meal when he was grocery shopping earlier in the week, and mother sent me to the corner store, on Thanksgiving Day, for those last minute items, I arrived to find a hand written sign taped to the door reading, “Closed for the Holiday.” That same faded sign was posted there during the Christmas holiday season, as it had been on Memorial Day, the Fourth of July and Labor Day, because “Mom and Pop” felt that it was important for families to be together on holidays. That was an era when many employers cared more about their workers than they cared about chasing profits.

Fast forward through the decades and holiday store closings is just one more thing of a bygone era.

Some people would argue that public servants work on holidays:  police officers, hospital personnel, and emergency responders, to name a few. True. But those people certainly had an expectation that their job would require them to work on holidays. In light of things, retail workers might as well consider themselves essential employees. While some sales helpers will jump at the chance to work on holidays and probably earn a few extra dollars, others are given no choice. The order is that you show up as assigned or — as the Donald would say, “You’re fired.”

Shrewd CEOs claim that by opening on holidays they are simply responding to customer demand — open the doors and they will come; and so they do. And while some customers are genuinely concerned about employees being required to work on those days, others only care that someone is available to service them. If I were a cashier, the last thing I would want to hear from a bargain hunting customer unloading a cart full of items onto the counter in front of me is “It’s a shame that they make you all work today.” The thought behind my cheesy smile would be – Pllleeease!  Tell it to the piper. If people like you would boycott the stores on holidays, then people like me could stay at home and enjoy our families, too.

Gone are the days when CEOs had empathy and compassion for their employees. In the words of Grand Master Flash’s prophetic song, The Message, “It’s all about money and ain’t a damn thing funny” about that.