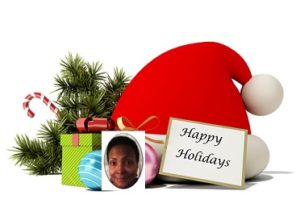 Every year at Christmas time since 1993, I’ve received a Christmas newsletter from a former co-worker. I’ll call her Becky. Back when we worked together, Becky and I were friendly, but not friends in the traditional sense. We occasionally went out to lunch together, but we rarely visited at each other’s desks, sharing whispered conversations about other co-workers nor did we telephone each other at home or hang out after work.

Nevertheless, every year, while we worked together and even after I left to take another job, I – and I imagine everyone else on her Christmas card list – have received a Christmas newsletter from her. The annual letter, one full-page long, sometimes two, recaps the previous year’s activities of her life, her long-time, live-in boyfriend, Nick, who I met once when he came to the job, and her other relatives and friends who I never met. Through her yearly newsletters, I learn who in the family got married, got a promotion, graduated from college, who’s sick, who died and how many nieces and nephews she has. Becky never had children. I also learned that a few years ago, she and Nick retired and moved together to Florida.

According to Smithsonianmag.com, the first Christmas newsletters were written sometime before 1948. The site further states that syndicated advice columnist, Ann Landers, who died in June 2002, “published complaints about the so-called ‘brag rags.’”

The first and only Christmas newsletter I ever wrote was in 1985. I remember that because my Aunt Ida saved her copy and recently returned it to me. “A keepsake,” she said. I was surprised that she kept it for all of these years. Since my computer file, containing that newsletter was corrupted and died long before the old computer did, I was pleased to have the copy. Thanks, Aunt Ida.

Back in the day, copier machines facilitated the distribution of Christmas newsletters. They were usually enclosed in Christmas cards. Thanks to technology the annual letter doesn’t have to be mailed anymore. Although some folks believe that the Internet may be the demise of Christmas newsletters; savvy computer users know that a year’s worth of family news and activities can be just as easily distributed via a website as it can on paper.

If your family and friends are on Facebook, Twitter, Instagram or any other social media, it’s likely that they find out immediately about new developments within the family. They’ve seen photos of new babies and pets, your current girlfriend or boyfriend, the fabulous vacations, the wedding, the new car, or the renovated house. So what’s left to tell? Oh, let’s see, I can come up with a few things.

This will be the first time in 33 years, that I write a Christmas newsletter, but I won’t put it in the mail. Call me progressive. LOL. Since much about my activities and those of some of my family members has already been shared on Facebook, it will be abridged news for some and a recap for others.

Aside from tri-weekly trips to the gym, my year has been consumed by blogging, feeding my voracious appetite for reading by devouring books, nourishing the activist in me by pursuing non-violent activities, anxiously observing the chaotic political scene, and writing. Speaking of writing, while researching my second book I discovered a significant family secret. No, I will not reveal it here. Maybe I’ll reveal it in the book; maybe I won’t. That teasing statement reminds me of a reflective quote by author, Lisa Unger, (you know how I love worthy quotes), “The universe doesn’t like secrets. It conspires to reveal the truth, to lead you to it.”

Wanderlusts and thrill-seekers may see mine as a rather mundane life. For them, I have two words:  different strokes.

I pulled myself away from routine in September and traveled to the Staton family reunion in North Carolina where I had a good time socializing with over a hundred family members, some of whom I had never met before, and friends. Our time together just wasn’t long enough.

Step back a year to 2017, when I cheered-on my proud Desert Storm veteran son as he participated in his second marathon in two years. As if the Marine Corp Marathon wasn’t a long enough distance, this year he completed the 26.2 mile NYC marathon, the largest marathon in the world. Two marathons in two years. Two medals. Go, son!

Our family had a near tragedy in July when one of my twin grandsons, the adventurous one, nearly drowned on the day after his 25th birthday while vacationing in Miami. Before being released from the hospital, doctors advised him not to fly home. So, he had to endure nearly a 24-hour long bus trip and required a few days more of recovery after that leg-cramping bus ride. Thanks to God and an alert lifeguard he made it back.

Speaking of misfortune, we lost two family members this year. The passing, in February, of my courageous, sky-driving, septuagenarian cousin, Akintunde Kenyatta, and my lovely Aunt Juanita Staton, in July. They will be deeply missed, but they left us with wonderful, lasting memories.

In September, my cousin-in-law, Alton Moore, husband of my cousin Patricia, was elected as Town Commissioner in Williamston, NC. Meanwhile, cousin Velda’s, grandson Justine went off to college.

With US travel restrictions to Cuba lifted, my world-traveler brother, Chico, and his wife, Barbara, took advantage of the opportunity and visited the Republic this year as did Velda and her hubby. Another cousin, Renata, said goodbye to the Big Apple and moved to the Peach State.

One of my most heartwarming experiences this year occurred after my constant postings on Facebook regarding my search for the daughter of a dear friend of mine paid off. I had not seen Phyllis since she went off to college in the 1970s, nor had I had any communication with her since her mother died in ‘83. Thanks to Facebook, we reconnected last month, and through a joyous telephone reunion caught up on old times.

There are other family highlights and tidbits that I’ve omitted, but I’m going to make this a wrap and wish all my family, friends and readers a very Merry Christmas! May you also enjoy a prosperous, peaceful and Happy New Year!

Laughing All The Way