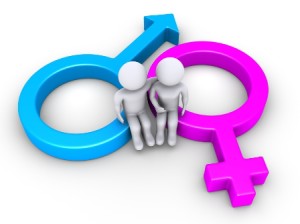 Some men father so many out-of-wedlock children by different women that they need a scorecard to keep up with all their baby mamas. The trend has become so prevalent that sociologists are calling the hit-it-and-run baby makers serial fathers. And they are not all athletes and entertainers. Many are minimum wage earners like the 33 year old Nashville, Tennessee man  who fathered 22 children by 14 women. Then, following his child support hearing, boasted that he has signed a deal for a reality TV show.

Wait a minute. Before men who are reading this start shouting, “Male bashing!” press the pause button while I put on my equal opportunity cap, and I’ll share information about us women.

A controversial study by Cassandra Dorius, a postdoctoral fellow at the University of Michigan Institute for Social Research, reveals that “overall, 28% of women with two or more children had children by different men.” Not likely mentioned in the study is the Florida single mom with 15 children who, while on TV a few months ago after being evicted, naively asked, “Who’s gonna take care of all these kids?”

There is no parallel in these situations, and I am not judging. What I am doing is thinking — out loud and publicly — about how nontraditional relationships between people who are not related are sometimes resulting in nontraditional unions between relatives who are the offspring of those relationships. Follow me? If not, don’t worry, you’ll catch up.

The sexual revolution that began in the 1960’s irrefutably increased the acceptance of sex outside of marriage. Since then, intercourse for procreation has become secondary to sex for recreation, and in some cases children are often the unplanned result of those liaisons.

Having biological children with more than one partner is now as common as apps on Smartphones. Do you ever wonder about the potential consequences of so many blood relatives scattered all over?  Ever contemplate the probability of kinfolk unknowingly marrying each other? It happens.

It happened to Valerie Spruill who married her own father. The mother of three only learned the truth from a DNA test, six years after her husband died.

It happened to twins who were separated at birth, adopted by different parents, and only after they met as adults and married each other did they become aware of their blood relationship.

The whole issue of baby making –scattering seeds — is complicated, even for sperm donors. For all the good it does, sperm donor donations can subsequently wreck havoc on the lives of the children it produces and the donors themselves. Ask the man who unsuspectingly married his sister – if you can find him. He refuses to disclose his identity.

Or ask the sperm donor who produced a now four year old daughter for a lesbian couple and even after waiving his parental rights was still ordered to pay child support for his “good deed.”

There is a happy ending – or some might say beginning — for two Tulane University friends, both of whom have sperm donor fathers. They met in college and learned that they are actually half sisters.

You can bet your binky that there is a study underway somewhere to determine how often marriages occurred between siblings who didn’t know that they were related, whether they were conceived in the traditional way or through in vitro fertilization.  On the other hand, you will find people arguing against impropriety in relatives marrying, based on the premise that the world was populated through incest via Adam and Eve and their descendants, thereby making us all blood relatives. But that is a live wire and I’m leaving it alone.

Some people consider IVF as interference with God’s natural order and as sinful as fornication. Others argue that God has no problem with the former. One day, I thoughtlessly asked an atheist friend her thoughts on the issue and got an answer typical of her, “God who?”

I often wonder what will be the long term results of this seed scattering phenomenon. One thing is certain, everything we do is a cause set in motion and no matter how small the act may seem it will ultimately have an effect on everyone involved.

Putting a Lighthearted Spin on One-upmanship