I published my first blog post on September 17, 2010. Potpourri101 had not yet been born. The original blog called bboomersnet.com was consolidated into Potpourri101 in June of 2012.

During my blogging years, I have written many favorite posts. I’ve also written some that I consider bloopers. But I keep writing. I can’t not write. It’s in my DNA.

While reviewing some of the 388 posts published on my site, I came across some favorites like this one, originally published on December 2, 2010, and posted here with some slight revisions.

Stand Up and Be Counted 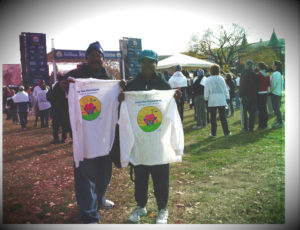 Those inspirational words of civil rights activist Dr. Martin Luther King, Jr., inspire courageous people who not only talk the talk but walk the walk. Ideally, his words also motivate closet activists, people who hesitate to speak up publicly or take action at the opportune time.

We all know someone who loud-talks up a storm behind the scenes, complaining about what “somebody” should or should not say or do, but when the occasion arises for the whiner to speak publicly about the issue, his or her jaws lock tighter than a hard shell clam.

I believe that some people are born activists, while others grow into those shoes. It doesn’t matter how they arrive at being a crusader, what is significant is that at some point they learn the importance of speaking out and championing their cause, whether it is a global effort like Climate Change or working to eliminate homelessness in their community. Activists are mindful of their Ps and Qs:  they prepare, participate, and when necessary, they question. Then, they pursue a course to affect the cause that they are championing – whether it means joining their colleagues in a public protest, taking part in a fact-finding survey, or simply casting a vote.

On the other hand closet activists often avoid publicly stating their opinion, preferring to cower in the shadows and grumble instead of taking a stand. No one is right or wrong all of the time. Sometimes we make good choices, other times bad. But regardless, the point is having enough gumption to express yourself. Don’t straddle the line. Whether you support a cause or disagree with it. Man or woman up!  Let your position be known.

People who have the opportunity to speak up and refuse, basically deserve whatever they get from the outcome of a decision by the majority. Life is a crapshoot, a gamble. Each one of us – from the President of the United States to the homeless person on the street – has limited control over some things and no control over others. It is liberating to be able to state a position, to voice an opinion. You may change your mind later on. You may even regret a decision, and that’s okay. Mind-changing is permitted. But you can feel pleased that you at least had enough backbone to assert yourself. As Malcolm X prophesized long ago, “If you don’t stand for something you will fall for anything.”

in “Family, Holidays, Nostalgia, Parenting and Grandparenting, Religion”
Next Post