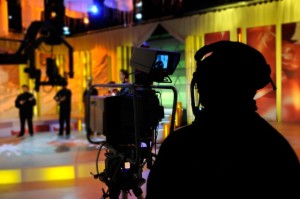 Have you ever wondered what possesses people to go on TV programs like Maury, Steve Wilkos, and The Jerry Springer Show, and make jackasses of themselves? Those shows are difficult to watch, which is why I usually don’t, but who hasn’t heard about them?

When I was twenty-something, I, like a lot of people in that age group — then and now — wanted to be on television. Being in the right place at the right time, and carrying myself in the ladylike manner my mother taught me, opened doors for me to a few appearances on the small screen. Hold up a moment — I KNOW you’ve never heard of me. I didn’t say I achieved stardom, I said I made appearances. Now, if you are one of those who climbed on your high horse before I finished explaining, climb down as I continue.

My first TV appearance was in 1973. I was working at the Pentagon, as a civilian telephone operator for the Department of the Army, and my supervisor selected me and a couple of other operators to represent our department on a telethon. Participants were told to avoid wearing certain colors (as I recall those were black, white and red), apparently the camera dislikes those colors. I complied and wore my favorite loud green pantsuit to make sure that my family and friends could see me among the numerous other volunteers from different agencies. They saw me. I think everybody in the home viewing audience  spotted me. Maybe loud green should have been included in the list of colors to avoid wearing.

My next TV appearance was in 1983. I actually got to speak. My two children and I were featured on a program called Saturday Magazine, broadcast weekly on CBS. The show profiled two single parent families in the area; my family and another divorced mother and her children. Not only were both our families followed and filmed for a few hours (sort of like an abridged version of a reality TV show), we were also summoned to sit in the live studio audience when the segment aired. My copy of that taped program will be passed down to my children’s children as a keepsake relevant to our family history.

Speaking of live audiences, my sister-in-law, Barbara, and I were in the audience of Oprah‘s show, on November 9, 1987, when the talk show queen taped a program about the Challenger Shuttle disaster.

Aside from those occasions, I’ve been stopped and interviewed periodically by reporters on the street, about whatever newsworthy event they are covering. I do my best to speak intelligently, especially when there is a camera in my face, unlike some of the folks on tabloid TV who I don’t think put forth any effort or they just don’t know better. Is it obvious to anyone else that these shows target a certain demographic?

That brings me back to my question:  What possesses people to go on tabloid talk shows and make fools of themselves? Saturday Night Live’s former Church Lady would probably say, “Satan.”  But seriously, what?

Unlike celebrities who are usually paid guests on conventional talk programs, regular people – including the bozos and bozetts who appear on tabloid talk shows – do not get paid. The program pays their airfare and hotel expenses. That’s it. So, what reasons, aside from attention-starvation or a narcissistic personality disorder, would make tabloid junkies go on these outrageous shows and act up? You tell me. Click the comment box below and add your two cents to mine.

Posted in Entertainment, Lifestyle and Culture, Opinion, The Way I See It

in “General, Opinion, The Way I See It”
Next Post