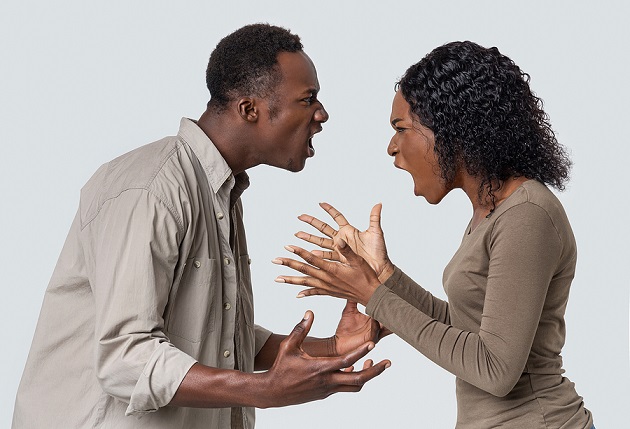 I recently had a mildly civil discussion (for a change) about the White House’s current occupant with a close friend who is a Trump supporter. Trust me it is hard as hell to maintain this friendship. Having a root canal would be more comfortable. But I am trying to salvage this one.

During the 2016 presidential campaign, I abruptly ended a 30-year casual friendship with another MAGA-man supporter. It wasn’t easy to do, but the bickering got to the point where I couldn’t take it anymore. That friend, who I will call Tony, is a good person. I used to think that he was level-headed too – until I didn’t. His only reason (so he said) for not supporting Hilliary was the damaging announcement about her emails. What a gift that was for her misogynistic opponent. Nevertheless, Tony fell for the okey doke. Just as the October surprise killed Hilliary’s chance to win the office, it destroyed my friendship with Tony.

Trump, who exposed himself as arrogant, vulgar, and narcissistic while running for office, has proved that he is ten times more profane than our worse nightmare. For four years, this country has been living in a dimension more frightening than the Twilight Zone and broader than an alternate universe. I sometimes think about sending Tony a taunting email with a single question:  How do you like him now? But I won’t.

Different political views should not kill a relationship, but it sometimes does. This matter has become so prevalent that numerous articles are being written about it, including one in The Hill.

As hard as I try, I cannot understand why in God’s name would anyone in their right mind vote for Trump. I apologize — using God in the same sentence as someone I see as evil incarnate seems sacrilegious.

In my view, there are two kinds of people who support him. The first group is androids, programmed with many or all of their power-hungry leader’s despicable characteristics. They are arrogant, devious, self-centered, conniving, vulgar, contemptuous, not needy, but greedy.

The second group is cousins to the androids. They are more needy than greedy. Some of them are merely uninformed and easily persuaded by the media. The rest of them are intellectually inferior,  spineless, submissive, and gullible. They can be lead to do anything from injecting bleach to kill coronavirus to following their leader off a cliff. Like their well-to-do cousins, they are blind loyalists to a politically impotent apprentice.

(I apologize, Michelle, for going low when you said we should go high, but please indulge me. )

It boggles my mind when I hear people say they like the faux-politician because he speaks his mind. Those wimps who admire him because he thoughtlessly spews vulgar, insensitive, hateful and ignorant dialog more often than not need to ask themselves what does it say about them.

What’s to like about a despicable man who shows contempt for intelligent women? The same wannabe macho man who won’t leave home without his orange makeup, reveals his insecurity when he begs suburban women for their votes, “Why don’t you like me? I need you to like me,” as he did a few weeks ago at a recent campaign rally.

As for Black people who support him, I suspect that many celebrities and prosperous Black people suck up to him for the same reason wealthy white folks do — tax breaks. The others, the low-to-no-income group who let themselves be used as props, perhaps don’t know any better. They are no different from politically unsavvy whites who thoughtlessly jump on any passing bandwagon for a free ride. Some of the Black people, many of them young, who are spotted sitting behind Trump at his rallies and peppered amidst the standing crowd, are hired help. Reports by reputable news outlets state that numerous black people have their travel and lodging paid for by organizations like BLEXIT, created in 2018 by conservative activist Candance Owens, to lure people of color – specifically Black Americans – away from the Democratic Party.

I believe in different strokes for different folks, but it bothers me when I see people who look like me selling their soul and integrity for a few dollars and 15 seconds of TV camera time to someone so undeserving. It reminds me of the compelling words popularized by Zora Neale Hurston, “All my skinfolk ain’t kinfolk.”

And one last thing. Forty-five has made it clear that he hates former President Obama, who is admired by millions of people, Black and white. Obama is everything that 45 is not. He is intelligent, empathetic, handsome, and charismatic. Have you ever heard President Obama boast about how smart he is or how much money he has? Someone needs to remind America’s would-be authoritarian that a “stable genius” doesn’t have to boast about being one.

I pray that the gig will soon be up for the orange one. We will know whether the nightmare ends or – God forbid – it continues in five more days.

Posted in Relationships and Politics

Soul-Searching with a Cup of Java

in “General, Opinion, The Way I See It”
Next Post

in “Food for Thought, General, Opinion, The Way I See It”