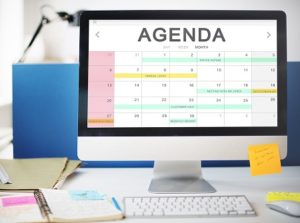 Sometimes life body slams us so hard that all we can do is cry. Kobe Bryant’s death had that effect on people worldwide. It even brought grown men to tears. Like most people, I am equally saddened about the other eight people who lost their lives in the copter crash, including one of Kobe’s daughters. But I can’t count how many times I heard repeated, “Kobe was the man!” I have no qualms about that. Deservedly so, the entire world is giving Kobe props.

From an early age, we learn to set goals, not only because it is a wise thing to do but because it gives us a sense of direction and some control over our life. I emphasize some control because the word control is worrisome to me. I regard it with the same reservation as I do another impractical word – fair.

I remember reading a while ago, and I can’t recall where I read it, but the author was spot-on when he wrote that “Fairness cannot exist because nothing is fair.” That statement reverberates in my mind whenever I hear someone say how unfair it is that Kobe died so young. Not that I disagree, but as I see it, the concept of fairness is as conditional as the notion of control. Think about it. Are we ever completely in control of our life? Anyone who believes that we are, probably believes that fairness is a reality, too. Contrary to the myth, all is NOT fair in love and war or life.

And speaking of goals. Kobe had goals beyond those that he had already accomplished. What he did not have was control over his life. Fate took charge of that, leaving an unfinished agenda in Kobe’s book of life.

I often record information in an appointment book, digital calendar, or a personal organizer. Many other efficient people do it too. We log into appropriate timeslots activities like community meetings, doctors’ appointments, or hairdresser. For less urgent tasks, we make a mental note or jot on our to-do list:  Straighten the linen closet. Get the car washed. Finish reading War and Peace.

I am a positive realist (aka a call-it-as-I-see-it person).  I maintain a positive attitude, but I also acknowledge the fact that no matter what goals we aspire to, there will be challenges that may prevent us from achieving that goal.  So many things depend on extenuating circumstances, so I don’t harbor the illusion of being in control. Fate sometimes undermines our plans. Robert Burns understood this even in the 18th Century when he wrote, “The best-laid plans of mice and men often go awry.”

We’ve all heard stories about people who experience life-altering situations and we acknowledge their situation as either good fortune or bad luck. Consider the unemployed husband of five. The day after he loses his job, he wins the biggest jackpot in lottery history. Good luck, right? On the other hand, we also remember the family outing that turned tragic when a mother lost nine family members including her husband and three children in a Duck Boat accident. Neither the father of five or the mother, suddenly of none, had control over what happened.

At times life’s unpredictability hits close to home.  A few years ago, a friend of mine walked from her apartment to the communal laundry room, which was mere steps away from her door. She was carrying a plastic laundry basket containing a few items of clothing. A light load. She placed the laundry into the washer, turned it on and then returned to her apartment. Suddenly feeling ill, she was rushed to the hospital by a family member and within minutes was in the ICU. By the time the washer finished its final spin cycle, she was dead.

Every morning when we are fortunate to wake up, those of us who are religious thank God for the blessing of seeing another day, and then we go about our business. Off to work, shopping, or doing whatever we have planned for the day. I don’t dwell on the “what if” something bad happens; nevertheless, I am always aware of the fact that there is the chance that in a flash, a quirk of fate can change all plans. Phone calls go unreturned. Emails unanswered. And laundry is left unclaimed in the washer.

I repeat I am a positive realist. My life’s experiences have led me to embrace the words of Prime Minister Benjamin Disraeli (and I am paraphrasing), “I always hope for the best, but prepare for the worst.”

When I was a child growing up in LeDriot Park, I sometimes heard an angry parent yell at her misbehaving child, “Keep it up and I’m going to hit you so hard you’re gonna wake up dead.” That idle threat was more intimidating than, “Do it one more time and I’ll knock you into the middle of next week.”

My mother never said anything that mean to my siblings or me, but hearing other people say it left naive me wondering – after we die do we wake up dead and do we know that we are dead?

There is so much about life – and death – that is a mystery. But one thing is certain. Regardless of what we plan, each individual’s lifespan has a timeframe. There are no retakes and few second chances. I think of life using the analogy of a horse race. Once out of the gate, we may stumble and then get back on our feet, but we cannot turn around and start all over again. We must run the track – until we can’t. Life is a one-way trip from the cradle to the grave over which we have only limited control and sometimes we leave unfinished agendas.

Posted in Life and Death, Lifestyle and Culture, The Way I See It

Enduring a Not So Happy New Year’s Day