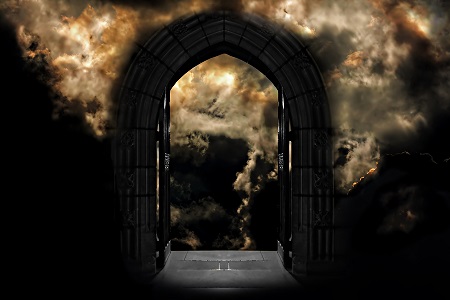 Some people consider dreams as just a random string of thoughts, which we may not even remember upon awakening. And then there are those who believe in psychic dreams, where future events are revealed to us while we sleep. My mother had such a dream before her death. I had forgotten about it until recently when I began rereading some of my journal entries.

Mother’s doctor had her hospitalized on the day that she and the rest of her family learned she was terminal. Within weeks, unrelenting, she told her doctor, the hospital staff, her visitors, and anyone else who would listen that she wanted out of that hospital. She wanted to go home.

After my dad died in August 2006, mother, always the independent-minded woman, had continued to live sufficiently on her own in the house they had bought decades ago. Now, literally on her deathbed, and as she imaged still in control of her life, she made up her mind that she would not die in the hospital.

Since she kept insisting on being released, her doctor suggested that we look into in-home hospice care.That sounded practical until I discovered that her insurance, Blue Cross, would not pay for in-home hospice, which I was told would cost around $500 per day. Infeasible! Since only God knew whether mother would live for days, weeks, or months, we had no choice but to adhere to mother’s demands and bring her home. My sister and I would take turns staying with her. We would prepare and bring her food, administer her medication and assist with her personal needs.

During that stressful period, my sister and I put our lives on hold and took turns, staying a week at a time, at mother’s house. Since she was tethered to a breathing machine, mother’s mobility was limited, but you wouldn’t know it if you heard us constantly insisting that she stop climbing out of the rented hospital bed. Mother has always been strong-willed, and she was determined to do for herself for as long as she could. On the occasions when my sister and I were there together, we would sometimes look at each other, and shake our head from side-to-side silently deploring mother’s stubbornness. I don’t know how my sister spent the days during her watch, but I utilized much of my time journalizing.

In a study by University of Texas psychologist and researcher James Pennebaker, he writes that writing about stressful events helps us release the intensity of our feelings and come to terms with them. How could anyone knowing that their mother is dying comes to term with that? What I knew then and have always known is that writing about my feelings, writing about nearly anything – depending on the situation – makes a difficult period easier and a pleasant experience more joyful.

Since I am in the process of writing a book about her, I’ve been rereading my journal entries recorded in the weeks preceding and immediately following mother’s death which occurred on June 18, 2014. Although I know I wrote it back then, it isn’t any easier reading it now. In fact, sometimes I become emotional and have to make a serious effort to calm myself before I continue. Painful emotions never go away; they just lie dormant until resurrected.

In one journal entry, six months before mother died, I describe a lucid dream that mother told me she had about my dad. Rereading it got me to wondering about dreams and death. This is what I wrote:

Mother told me that she dreamed about dad for a second time since he died. She said that in the last dream, three nights ago, dad was all dressed up in a suit. “He was looking nice, really sharp.” She said. As he was walking toward her, he stretched out his hand and said, “Come with me.”  Mother said that although she knew she was asleep, she was consciously aware that dad was dead. And she also remembered that her mother used to tell her that if you dream of a dead person and the person tells you to come with them if you go, you too will die. Mother began backing away from dad until (in reality) she fell off of the bed and awoke on the floor.

My mother was always an intuitive person. Is it silly when I wonder if the breast cancer that had been in remission was rekindling during that dream? Was it a premonition or a coincidence that mother died six months after having that dream? I don’t believe in coincidences, but I will always wonder if mother was holding dad’s hand when she left us.

Life is filled with mysteries, some to never be solved. Dreams are one of those.