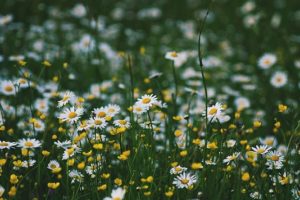 I’m sitting here thinking about putting a light spin on what is a dark part of every one of our lives. It’s something that no one wants to discuss. That unwelcome visitor that everyone knows is coming who makes us want to snatch the welcome mat from in front of our door. That one-way trip that we will all take eventually whether we want to go or not. That journey to the valley of death.

Since I’ve got more years behind me than before me, I’ve been giving the subject a lot of thought. Certainly, after I fall into the big sleep, I won’t have a say over anything concerning my former self, so I am herein expressing my last wishes for funeral and burial.

Before I continue with details, let me reiterate what I have often said – that I hate attending funerals and avoid them when I can. But as we all know there is one funeral that we won’t miss. Our own.

About funeral-goers. I put them into three categories. First, there are the truly bereaved mourners who have lost a loved one, relative, or friend. Second are the curious, casual acquaintances of the deceased whose ulterior motive for attending the funeral is to get a copy of the program, with the hope of learning things that they didn’t already know about the deceased. The third group attends funerals because it is a social gathering. During the hour or two, while they are attending the service and the repast, it breaks-up the monotony of their otherwise mundane life. I’m not judging. I’m just calling it as I see it.

Skepticism aside, we all have limited time on earth. Before my time comes to be the grim reaper’s reluctant guest of honor, I want to make my last wishes known to my family. And family, don’t feel guilty if you do not comply with these requests because as I’ve learned over the years not everyone’s last wish is granted. It is the living, not the dead who have the final say over the dead body. I’ll give you an example.

After mother died, a few days before her funeral service, my sister and I carried the outfit for her to be buried in to the funeral home. On the day of the funeral, I arrived shortly before the wake was scheduled to start. When I looked in the casket, I was beyond upset. Mother’s chemo-thinned, silvery hair had been nicely pressed, curled, and styled, BUT that was not the issue. She had worn a wig for years before she died, and while on her deathbed, when she was suggesting to my sister and me which outfits we could bury her in, she said, “And don’t forget my wig.”

We had placed the wig neatly on top of the clothing in the bag before carrying it to the funeral home. The undertaker’s grave mistake was that he or she inadvertently forgot to put mother’s wig on her head. That’s what I mean when I say that the dead don’t always get their last wish fulfilled, but there was a twist to this.

Mother’s wig was ultimately retrieved by the undertaker after the first service and was placed on her head before her body was transported over 200 miles away for a graveside ceremony and burial in her hometown. My cousin, who had attended the first service and then followed the hearse to the burial site, later told me that when the casket was opened for the graveside service, she was surprised to see mother was wearing her wig.

I repeat. I do not want an open casket funeral. I don’t want people walking up to my casket gawking over me and then later telling others how I looked. I know that people mean well, but during my lifetime, I have heard (and overheard) too many obtuse comments made about dead people.

“Ms. Estelle sure looked nice. She had on a hat and gloves, dressed like she was going to church. They even had her usher pin on her lapel.”

Or here’s another one, “LaQuita looked good in that white casket. Her weave was tight, and that purple eye shadow matching her lavender shirt was nice. Her boyfriend should not have did that to her.”

It is the female corpses that get scrutinized most, but occasionally comments are made about the males. “Why did they bury Mr. Johnson in his glasses? It’s not like he’ll be able to see where he’s going.”

Undertakers deserve credit for doing their best to make corpses presentable. Still, the thoughtless remarks that some people make after the services bothers me. The sad fact is that no matter how well they are laid out, the bodies of dead people look just like what they are – lifeless and dead. Nothing more. Nothing less. And I say that with much respect.

Like every other corpse, I will have no control over what I am wearing, how my hair is combed or whether my lips have been fixed to look like I am smiling on the way to eternity or pissed off because I am in the land of the dead. Therefore, I repeat, I do not want an open casket funeral. Sadly, I make that request knowing full well that I won’t have the last word about that. You, my family, will.

I tell you what, let’s not have a funeral for me. Services and headstones are expensive. Use that life insurance money for something else. Cremate me. I don’t care. Cremation is cheaper, and think, in the future, you’ll be able to truthfully tell your friends that I had a smoking hot body.

And another thing. I’ve seen insensitive people take pictures of the deceased when they go to view the body. Not only do I think that is inappropriate, but it is downright disrespectful to the family and the deceased. The deceased deserve the dignity of going to their final resting place without a photo op.

If you have a service for me, please call it a funeral. Do not call it a homegoing. I know that term is popular and frequently used. But I never liked it. I understand the concept of homegoing to a heavenly home. But when I think of home going I envision myself taking out my key, unlocking the door, and walking into the place where I live, not transported in a hearse to a cemetery.

In the great scheme of things, we are all insignificant. When and how we are born into this world is the luck of the draw. We have no say in the matter. Who will be our birth parents? Was our birth planned and eagerly anticipated or a fluke? Will we be born a rich child, into a wealthy family, or a poor child in poverty? How we fare in life is a game of chance, and it is pretty much the same when we depart. We don’t know when or how we will leave here. Natural causes. Murder. Accident. Suicide. It’s paramount to live our best life and celebrate it now. When we come here, how long we stay, and when we leave is not a choice.

The Bible prophesizes, and people can speculate all they want, but who on earth can say for sure what happens to us after we die? Christians believe that depending on how we live; we will ultimately ascend to a heavenly home or spiral down into a hellish abyss. Who knows? The hereafter is as perplexing as the present day and time. The goal, oh yeah, and a song you can play at my service if you wish is Stayin’ Alive.

This composition began as a personal letter to my family, but while writing it, I decided to post an alternate version with the hope that it might make someone smile about a subject that is often taken deathly seriously.

Posted in Aging, Funeral Services, Life and Death, Opinion, The Way I See It

Give Them Something to Talk About