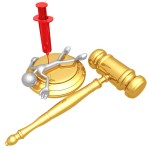 In light of controversy concerning two pending death penalty cases – the recently stayed execution of Texas inmate Duane Buck and Georgia death row inmate Troy Davis, the following commentary is posted on behalf of an adamant death penalty opponent. For the sake of clarification, some editorial adjustments have been made.

The following is a “Guest Contributor” post by David White

[The rational of using] heinous crimes [as a reason for imposing the death penalty] is exactly why I’m so against it. It’s subjective!!

You could say killing and raping several people is heinous enough, but there have been multitudes of people who have done as bad, or worse, and faced judgment far short of being killed. What makes one person more worthy of being killed than another? The subjectivity of the one with the power.

So, if I have the power and I see black people as more evil or menacing, I’m more apt to see a black who commits the same crime as a white more deserving of death. Or, [say that]I  think the killing or rape of a black college co-ed by a white man is more despicable than the reverse, [on who an I] likely to impose the harshest penalty? We know our justice system is not impartial, we know it is rife with prejudice, inequality and most importantly fallibility. Yet we put the power of life or death into the hands of fallible, sometimes prejudiced people and ask them to play God and determine who’s worthy to live a life that we did not bestow upon them.

We, Americans in particular, have a bloodlust that is, in my mind immoral; and ironically [that is] why we have so many murderers and heinous criminals in the first place. [Did] you hear the Tea Party audiences cheering Rick Perry’s execution record? Did you hear them wishing the death of a hypothetical dying uninsured man? We talk about the “sanctity” of life and go to war in a heartbeat, and call anyone who opposes “unpatriotic”. We talk about murder is wrong, but we hypocritically justify murder whenever we feel someone offends enough to justify it. No wonder we’re so armed and paranoid! Dick Cheney can torture, detain and kill with impunity, yet Davis can be put to death without any physical evidence because
“somebody’s got to pay for this” and he fits the bill.

Until humans become omniscient and all-knowing, I think we should refrain from imposing ultimate punishments – or in the alternative, institute the ultimate punishment uniformly – you kill, you get killed. But guess what? We’d never do that because we can always rationalize and justify some people’s misdeeds as opposed to others – that’s the definition of subjective judgment. Somehow the white lady who drowned all 5 of her children one-by-one in the bathtub should be allowed to live, but the young black thug who just happened to be riding in a car with a guy who killed a store owner in a robbery should be killed.

Are we truly so perfected in judgment that we can and should make these calls? Other “civilized” societies have determined that they can survive without capital punishment. I think we just haven’t evolved as much as they have. To me, it’s as indefensible as slavery was – it’s [the death penalty] just too immoral to stand on its own; it’s just a matter of when we [American society] will mature enough to renounce our darker instincts and advance to our “more perfect” ideal.